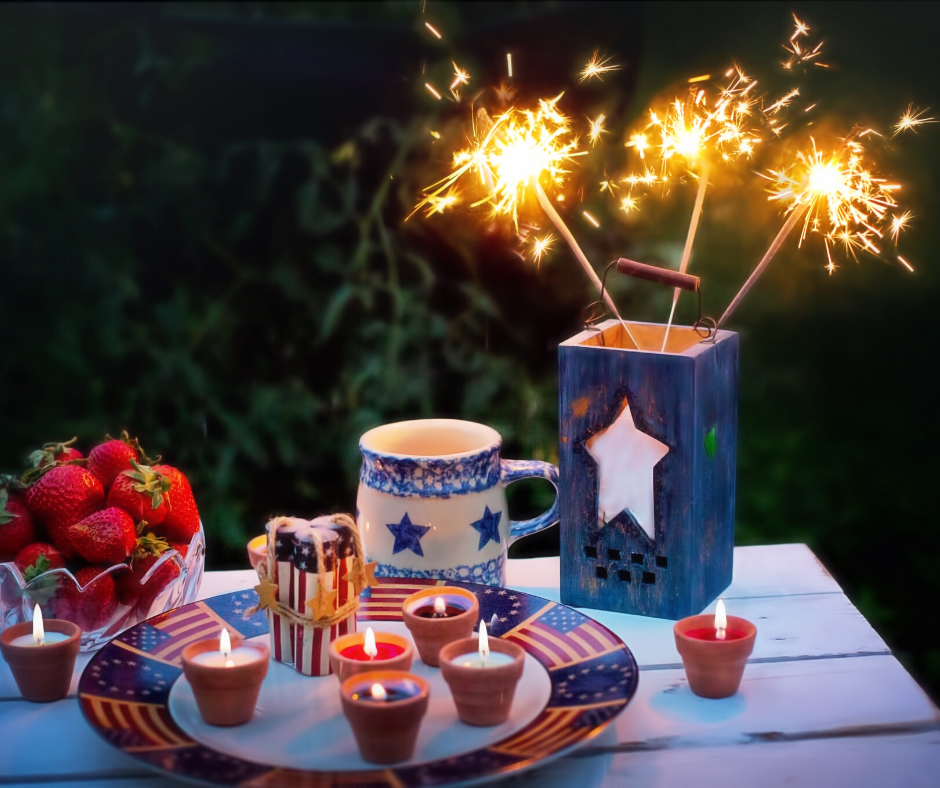 Our Guest Blogger is Daisha, one of our great tutors!

Independence Day is one of the U.S.A’s most celebrated holidays, taking place on the 4th of July. It celebrates the day that the Declaration of Independence was adopted, which brought about the independence of the Americas from the British Empire. Of course, this is a holiday that brings about a feeling of togetherness and patriotism. Let’s take a look at how the 4th of July is celebrated here in the US!

How is it celebrated?

Like most kids brought up in the US, my 4th of July memories of parades, and barbecues galore filled with fireworks. As it is a celebration, people most time like to celebrate the day with festive activities to show support to their country. And while it may seem like a family holiday, the 4th of July is often celebrated with parties between friends and acquaintances as well.

Parades are exciting in that they are a way to publicly celebrate by watching interesting displays with big groups of people, as they occur. And often the different floats with their usually theatrical designs, marching bands that perform in unison, people dressed up in costume, and huge balloons, is often enough to entice any family to come out for a viewing. I’ve not gone to many parades in my life, but every time I do attend one I find myself having more fun that I initially expect. As well, most cities put on a display of fireworks. Most countries do this in celebration, and there’s just something incredibly enjoyable about viewing a beautiful display of fireworks on a day of celebration!

This is another hugeeee way that people love to celebrate. And what better way to celebrate than including things that involve food? These outside events are normally accompanied by hotdogs, hamburgers, and a refreshing coke. And as they involve interacting with friends or family in a fun and interactive manner, it’s often viewed as a refreshing and fun way to spend the Fourth of July all the while getting stuffed.

As for some people, they like to take this time to go on vacation. Whether that means spending time with family and going on a fun adventure. Or sitting at home alone and binge watching shows you’ve fallen behind on Netflix, ‘vacation’ is a vague term that often has different meaning for different people. There are many different ways to spend a vacation, and as holidays are often the only time working class people get the day off, it’s often spent doing a plethora of different things (resting, eating, traveling, going out).

Ultimately though, how you spend your fourth of July is your choice, and these are just some of the ways you will see Americans celebrating Independence Day. And although these cultural nuances can sometimes seem difficult to understand, there are always people that would love to help guide you towards better cultural understanding. Tutors over at PEERS edu can help you to not only practice your speaking skills, but your cultural understanding as well. And as PEERS edu strives to make sure its students have access to tutors from all over the world in an instant, it’s perfect for any student wishing to find out important information with the click of a button, all the while practicing language through speaking. Remember, don’t learn alone… Learn together!

Learn more about American culture by downloading the app from the App Store or Google Play!